Exhibition in a windmill in Vriescheloo (The Netherlands)

I’m proud to inform you that I am running a small photo exhibition from Saturday the 10th of May until the 10th of July. The location for this exhibition is the truly staggering and still working windmill ‘De Korenbloem’ in Vriescheloo.

On the third floor, where the heart of the windmill lies, you’ ll find a selection of eight aluminium prints from my Dutch windmill series (60×90 cm). The room itself is a work of art too. This used to be the area where the miller was working grinding wheat. Here you’ll see the millstone and if you look towards the ceiling, you’ll see the main cogwheel. If you visit on one of the dates shown below, the mill will be operational and this wheel will be turning (if there is wind). On these days you will be able to get a full tour and explanation about the mill and how everything works. This I would definitely recommend! It is fun and really informative.

On the ground floor of the mill is a little shop. Next to the mill a nice terras and coffee and tearoom. The area of Vriescheloo is beautiful for cycling and walking so a visit to this mill can be packed into a nice day trip! For people planning a weekend trip, the miller’s house is used as a guesthouse! 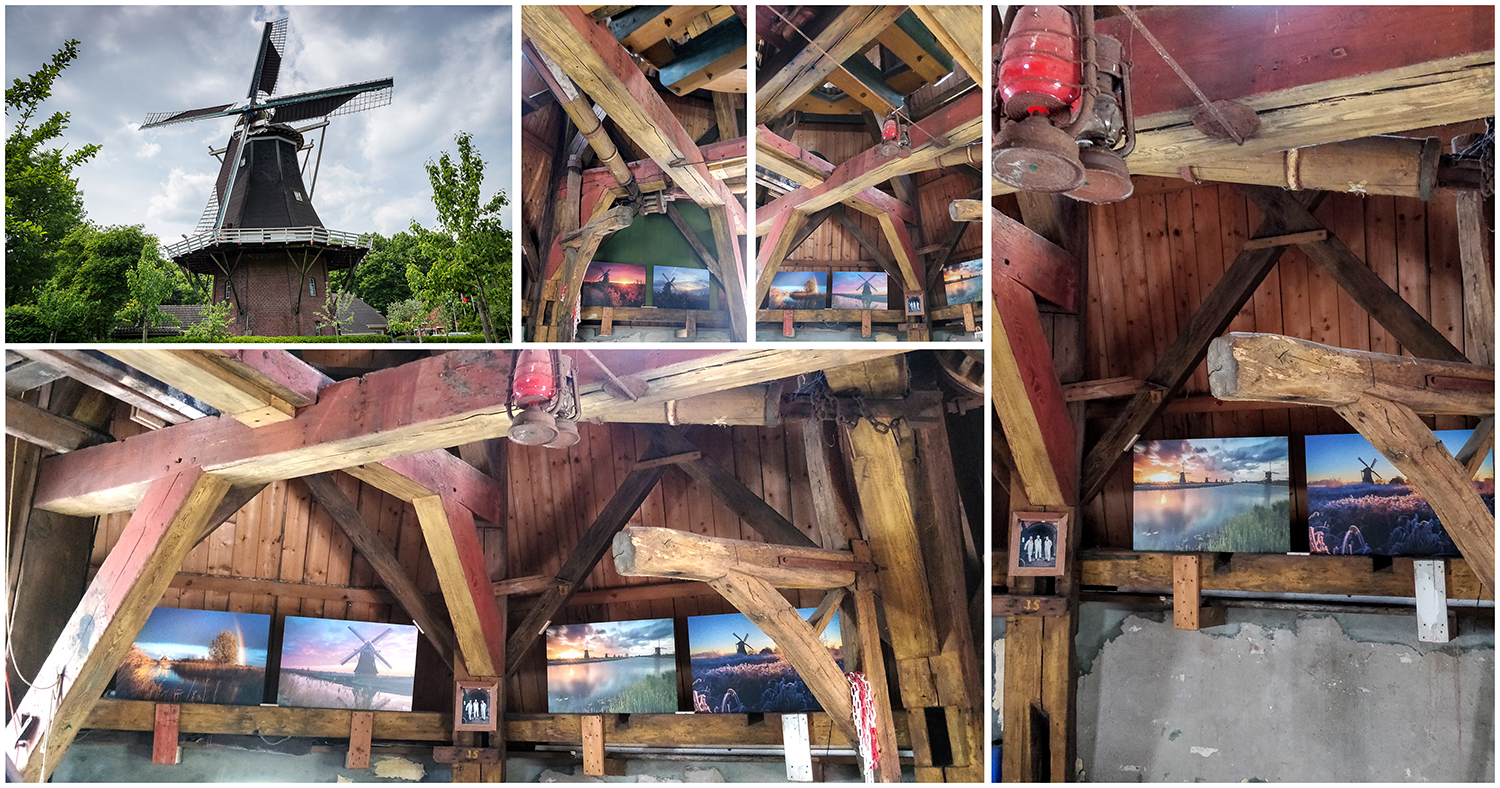 The Korenbloem was built in 1895 using parts of an old demolished oil mill. Until after the Second World War the mill remained in use as a corn mill. When the millstone got an electric motor in 1947, the mill became less and less used. In 1967, the – by then considerably neglected – mill was purchased by the municipality. The mill was extensively restored in 1973, after which it became operational again. Since then, it has been working almost every weekend.