A few of you might remember last years post, Chasing the Aurora. I wrote about my first ever aurora. I gave some insight on how I had chosen my location, how I’d predicted the aurora and how I predicted cloud coverage. Now, a year further, I’ve seen and photographed quite a few more shows, so it is time to go a little deeper. I would like to explain a bit of this beautiful phenomenon, what causes it, and discuss some factors that are of great importance when trying to predict the aurora on location. It became quite a theoretical story! I hope you can forgive me 😀

The Northern lights or Aurora Borealis

In 1619, the well know and very influential Italian astronomer Galileo Galilei, called the shimmering bands of light which he observed at night in the sky of the higher latitudes, ‘Aurora Borealis’. This name comes from the Roman goddess of dawn ‘Aurora’, and the Greek untamed, bad tempered and strong god Boreas, the god of the Northern wind. Although Galileo was wrong about what caused the Aurora Borealis, he thought it were reflections of sunlight on the clouds, the name he gave fitted perfectly! The name Aurora Borealis is synonymous for light and untamed strength.

Our sun, which is around 4,6 billion years old, is a star. Thanks to this star, we are here. The sun supported formation of early life some 3.5 billion years ago, and still provides us with energy in the form of warmth and light in order to sustain life.

In the suns core, warmth (thermal energy) and light (photons) are created (nuclear fusion of hydrogen into helium). This energy then travels outward through all the layers of the sun (heating up every layer). As a consequence, and because of the extreme energy that is being released, every second, billions and billions of electrically charged particles, like electrons and protons, are blasted from the suns corona (upper atmosphere) into space. These particles travel across the suns magnetic field lines, also known as the interplanetary magnetic field. This field stretches across the whole solar system.

The particles leave the sun with incredible speeds of up to 1000 km per second and form the solar wind which travels through space in every direction away from the sun. Everything that lies in its path, will be influenced by it, as we will learn later. 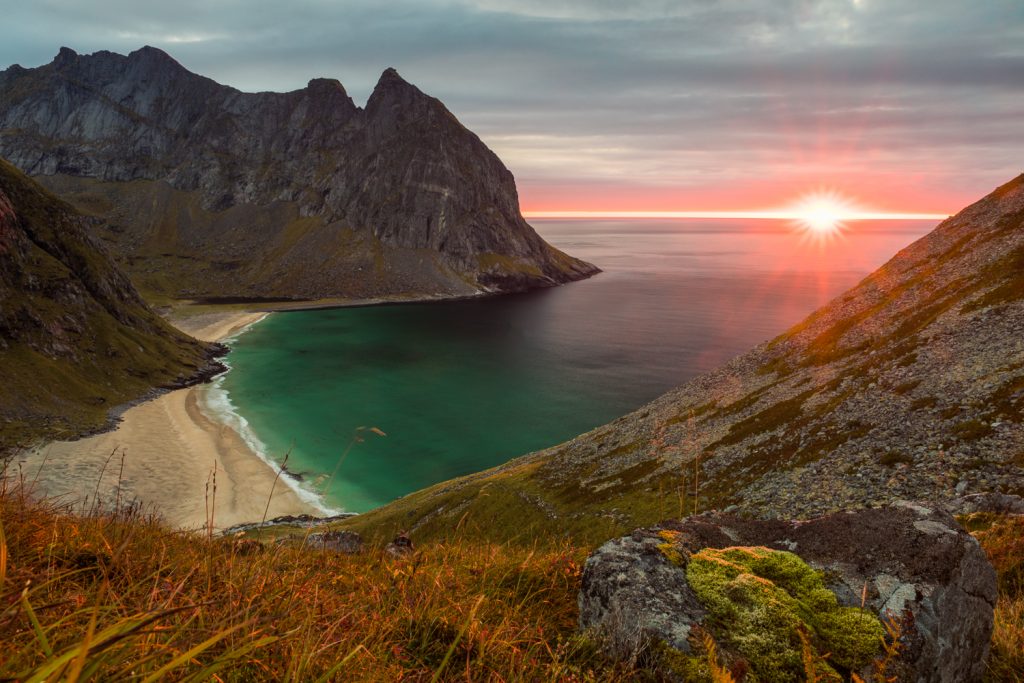 But there is another form of light, this is the light I want to talk about. This light lures photographers from all across the globe to the higher latitudes. The light that peaks on a lot of people’s bucket lists. The strange light that Galileo called the ‘Aurora Borealis’. 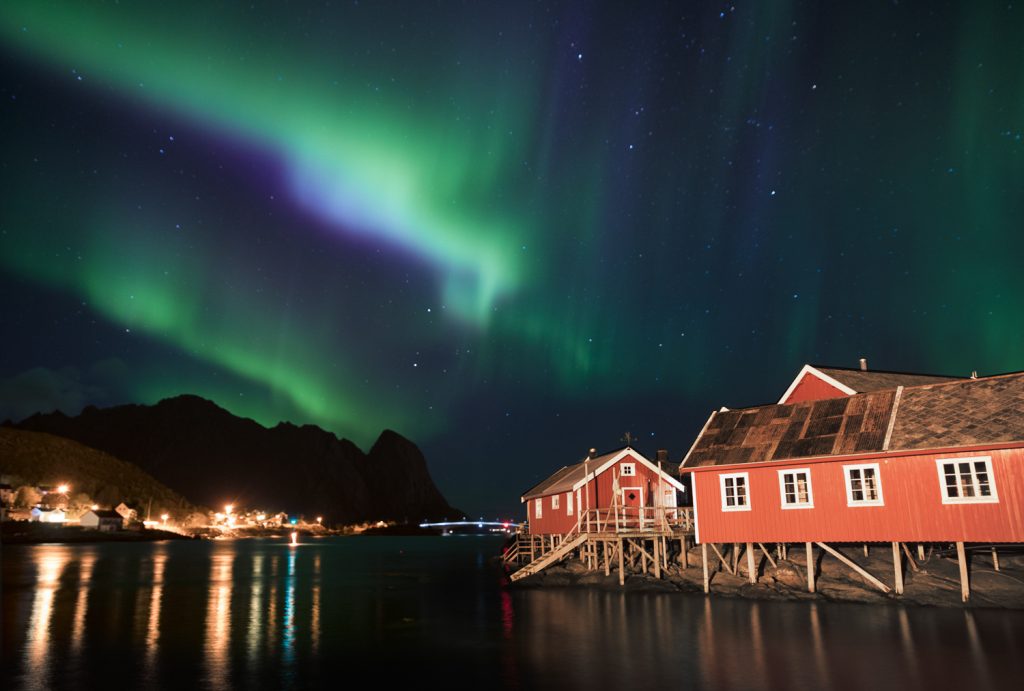 Do you remember the solar particles that were spewed into space as solar wind? Well, thanks to their enormous speed, they’ve quickly reached earth’s outer atmosphere. Lucky for us, earth is protected against these particles (and other cosmic rays) by the magnetosphere. Thanks to this, most of the particles are deflected into space. Would this not be the case, our atmosphere would have been blown away by the solar winds long ago, and the surface of the earth would now have been non-stop bombarded with deadly cosmic rays.

As mentioned, most particles are deflected, so what happens with the other particles? Where do they go? The answer is simple, they enter earths atmosphere. When the interplanetary magnetic field lines and the geomagnetic field lines interact with each other, a path is created. This path allows the charged particles into the uppermost atmosphere where they collide with different atoms and molecules. The consequence of this is extremely spectacular! It is the aurora borealis (and in the southern higher latitudes the aurora australis)! 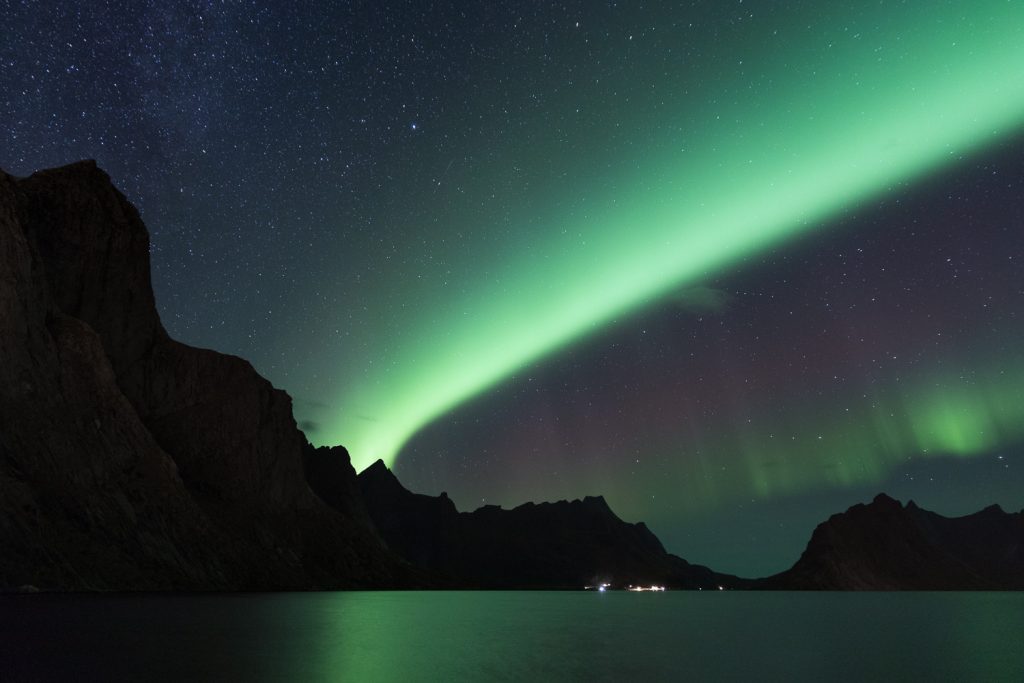 When the interplanetary magnetic field and earth’s magnetic field start to interact, a path for the charged particles is created. 24 mm | F/2.8 | 10 sec | ISO 2500

Why do we need all this information you might wonder? Well, if you use apps and website to help you predict the aurora (and you should), you will see that they give different parameters. Understanding the underlaying mechanism will help you understand what these parameters mean and why they are useful in the field. Knowing these parameters will greatly enhance your skills to predict an aurora, to know when to go outside, and when to stay inside because nothing will happen.

The first parameter is the Kp-index. The Kp-index tells you if there is any activity and whether or not it is visible from where you are standing. In other words, it tells you if there is sufficient solar activity to reach the latitude you’re at. It is a scale of numbers from 0 to 9 plotted on a map. For the northern hemisphere, 0 lies at the magnetic north pole and 9 lies somewhat above France.  If the Kp is 0, and you are in the Lofoten, chances for the aurora at that moment are slim. If the index is 9, the sky probably is exploding! But this depends on a few other factors as well. If you see nothing above, always start looking at the Northern Horizon! And remember, nothing is definite with the aurora, so don’t be disappointed when you see nothing that night. Go out again the next night!

If you are really lucky you see a G number next to the prediction (G1-5). The G stands for geomagnetic storm! It is a period of strong to very strong solar activity. If this is the case, you are probably in for a spectacle! G1 converts into Kp5 and G5 converts into Kp9. 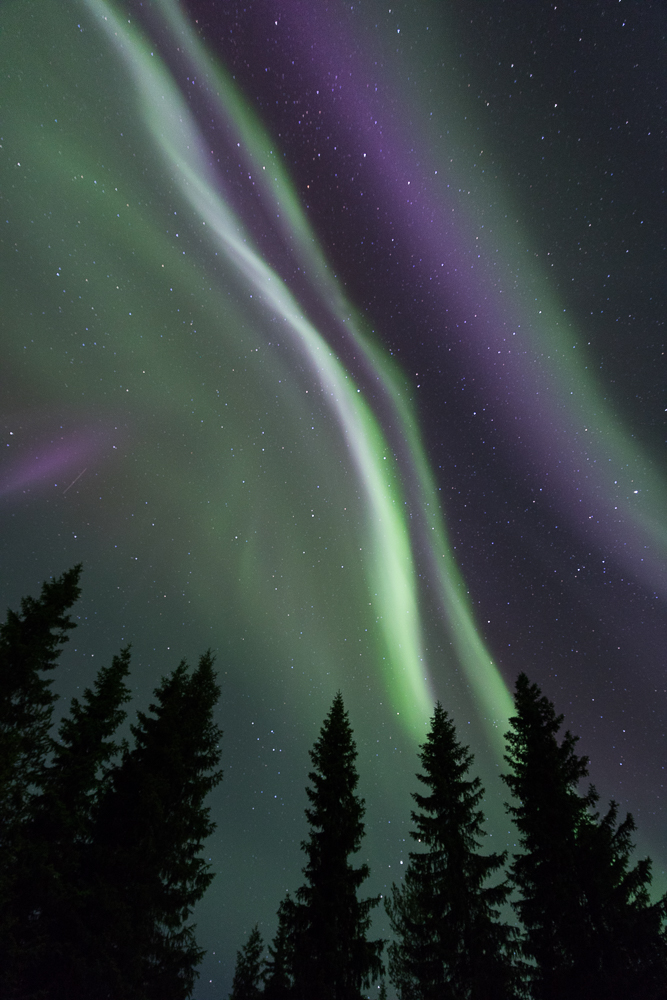 Next to speed, density is of great importance too. The higher the density of particles within the solar wind, the more of these particles collide with the magnetosphere. As a consequence it will be more likely that an auroral display will occur! The density is of the particles are measured in particles per cubic centimeter ( p/cm3). The higher the better! For instance, when your app shows a density of 20 cm3, you might want to get outside, because this is a good ingredient for a big show. If the show will manifest, depends on a few more factors but with high speed and high density, chances are high!

The Bz is probably the most important factor for the occurrence of the Aurora Borealis! If all other vallues (Kp, Speed, density and Bt) look promising, but nothing is happening. It almost certainly has to do with this factor! 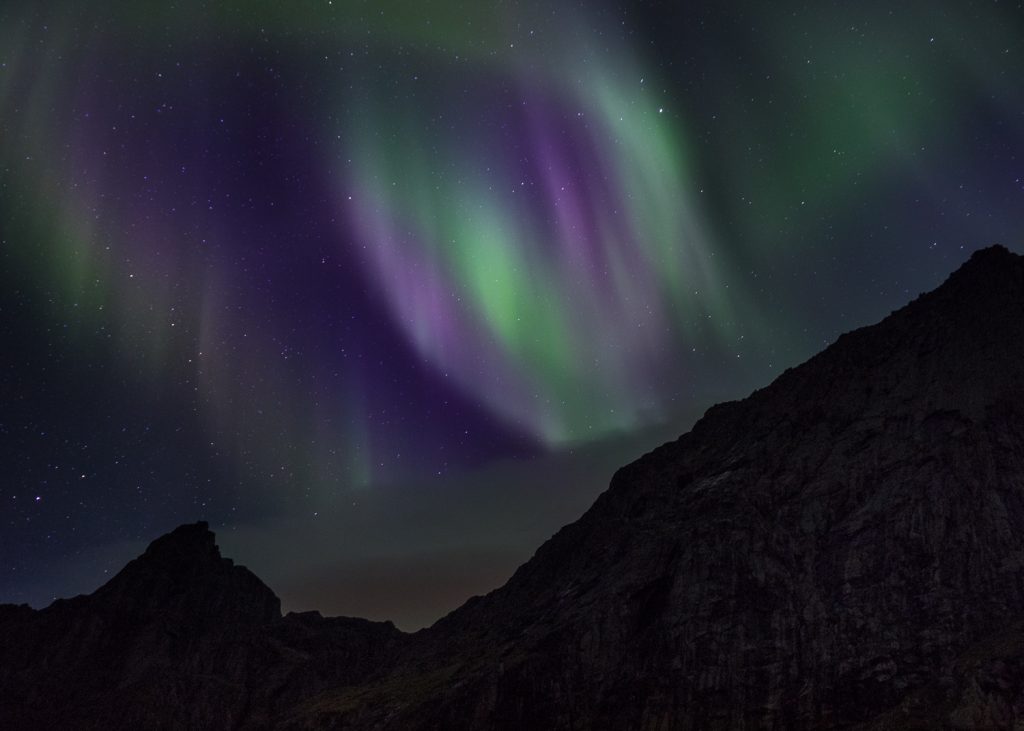 Hopefully it is now clear that when Bz is southward, the field lines connect allowing the particles to flow into the atmosphere. So how do we know if the interplanetary magnetic field is southward? Well, this is show by a negative Bz. The lower the Bz value, the better the direction. Only in rare events with extreme high speeds is it possible that auroras occur with a northward (positive) Bz. Therefore, this is the most important value.

If all values are promising but the Bz is positive, it is worth waiting! Don’t be disappointed yet! The Bz changes often overnight making it worth waiting! Keep a close watch on the values provided by the app and be sure your camera is ready! If the Bz drops, the sky will light up!

That was it guys! Thanks a lot for reading! I hope you’ve enjoyed this article (it took me 3 days to write hahaha) and I hope it’ll help you during your Aurora hunt! The websites that I use for the prediction are Spaceweather and Aurora Service, I also use the Android app ‘Aurora pro’ (or the free version Aurora), which I would highly recommend! Good luck with aurora hunting!