Behind the photo: Kirkjufellsfoss

In the Behind the photo series, I want to go into more detail on why and how I took a particular photo. I will be talking about the way I made the composition, what camera settings I used and whether or not I used any filters. In this first post I want to talk about the photo I took of the Kirkjufellsfoss in Iceland. Even before setting off to Iceland, I already knew I wanted to take this image. I thought this place would be a fantastic opportunity to try my new filter, the Lee Big Stopper.

After seeing some long exposure photos and watching landscape photography videos, I really wanted to try the Lee Big Stopper filter. The photos taken with this filter just really inspired me! This filter is basically a dark piece of glass that is used to extend the exposure time. In this case with 10 stops (a stop is a doubling or (in this case) halving of the amount of light let in when taking a photo). Because of this, long exposures in brought daylight become possible. The effect this has on moving objects like clouds, waves, rivers and waterfalls, can be stunning!

The Kirkjufellsfoss lies in the west of Iceland on the Snæfellsness peninsula. The nearby village is called Grundarfjörður. The waterfall owes its name to the Kirkjufell, which means church mountain, and lies in opposite direction.

To be honest, the waterfall itself is not that spectacular (Iceland is home to much more spectacular waterfalls) and we even missed it at first. We were more attracted to the Kirkjufell mountain and the beautiful sea arm on the other side of the road. The charm of this waterfall lies in its surroundings. 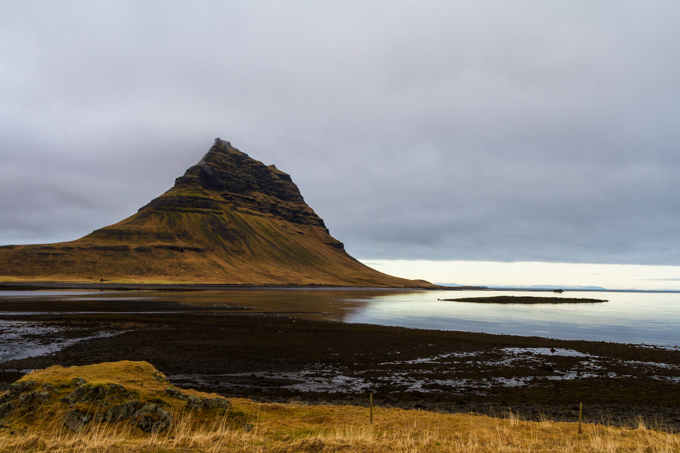 After taking a few images of the mountain and the sea arm, we went back to the Kirkjufellsfoss to take the photo that I had in mind. In my opinion, there is only one composition here that works really well and that is to use a wide-angle lens in order to get both the waterfall and the mountain in your frame. For this, you have to be on the left side of the waterfall, whereas the path going up is on the right side. This means that everybody going up will be in your image. That is why you have to be early because then there are less tourists. I won’t lie, we were not early but just extremely lucky that the tourist bus had just left!

Like I said before, the composition that really works is when the waterfalls and mountain are in one frame. I got my tripod setup in a pretty sketch place, but I was really happy about my composition.

To get some of the glare of the rocks and the water I used a polarizer. Because the Big Stopper is a really dark piece of glass, you have to set your focus to manually (which I almost always have). Your camera won’t be able to focus otherwise. Before putting on the Big Stopper filter I took a settings reading. Lee provides you with a cheat sheet. This is a handy piece of paper that you use to convert the measured shutterspeed to the shutterspeed with filter. With the camera in bulb mode and a shutterspeed of 290 seconds I waited.

The result blew me away! Before taking the photo I was afraid that the clouds would become dull and grey, but instead it added drama to the image. An upside of using such a long exposure is that people that were walking on the other side, won’t appear in the photo, as long as they keep moving and are not to brightly colored. A downside of this filter is that is gives a strong colorcast, but that is easily removed by adjusting the color temperature afterwards. I’m really happy with the result! The Lee Big Stopper is a really nice addition to my kit and you will see me using this filter a lot more in the future. 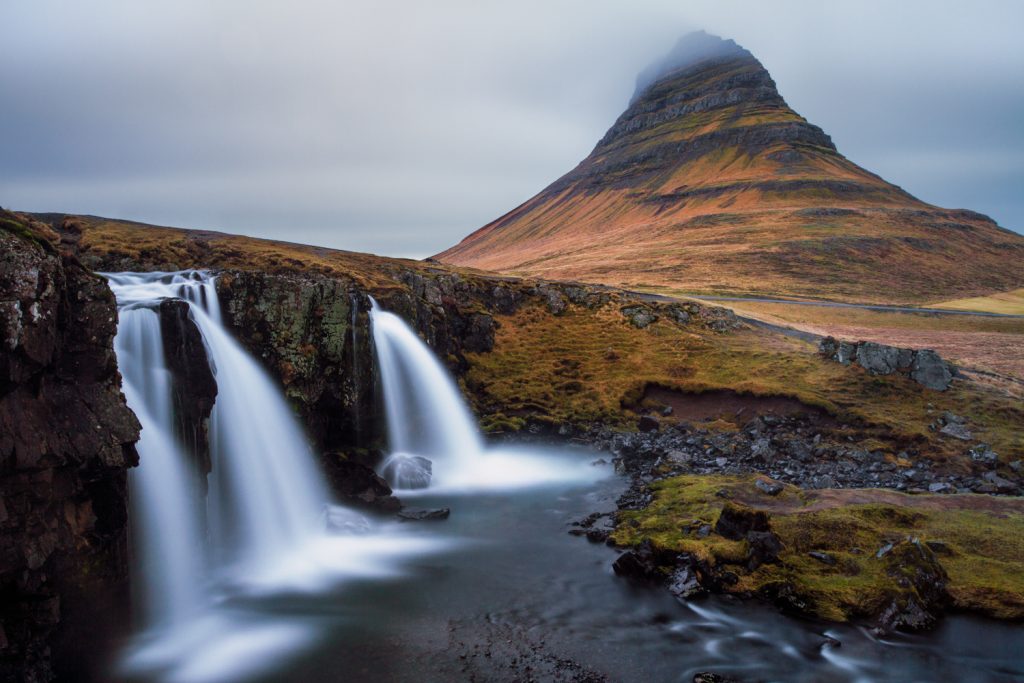 Here you can find more info about the Lee Big Stopper.